Newspapers published during or just after the events at Arnhem. 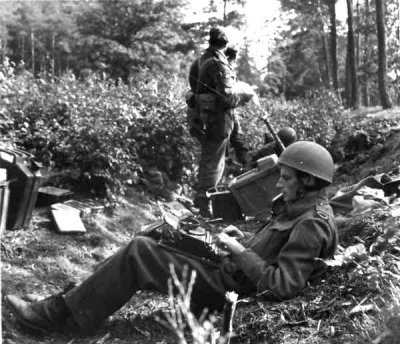 Journalist at the Battle of Arnhem, September 18, 1944

All images contained within these pages are the original ones, scanned from the newspapers, so the quality may not be high. I am aware that better quality versions are published on many websites and in many books, but I wanted to place the originals here in an attempt to maintain the impression of reading an old edition of a newspaper.

In some of the extracts I have left snippets of other war news intact, in order to put the events at Arnhem in context with actions elsewhere in the European theatre.