Photographs of the Arnhem area

On this page I’m including some wartime and post-war images of Arnhem and the surrounding area and landmarks. At present I only have a handful – and I can’t positively identify all of these.

I believe the first two photographs are of Arnhem itself, possibly taken during the war – but I don’t know the dates. They certainly show the immense amount of damage and destruction inflicted on a wartime town. I would be very grateful if anyone could give me any information on these photographs – my email address is given on the news and contact page. I’m sure somebody must be able to recognise the locations, but fixing even rough dates for the pictures may well prove impossible.

Since creating the page I have been provided with some information from Richard Jansen from Arnhem, and added his comments underneath each image. 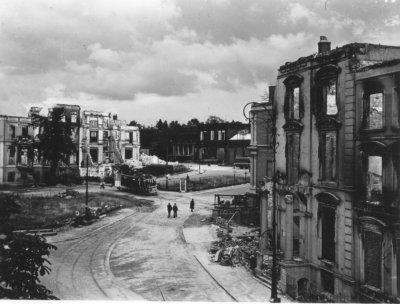 "Taken in the centre of Arnhem, I believe "Willemsplein" Taken after September 1944." 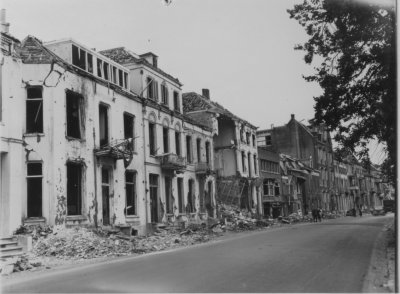 "Taken in the centre of Arnhem, I believe "Weerdjesstraat" or "Rijnkade" Taken after September 1944."

Next, a few post-war postcards – again, I’m not sure of the dates, but at least the places are easily recognised.

"Park Hotel Hartenstein, the place where the English stayed inside the perimeter in September 1944."

"Airborne monument, in Oosterbeek just in front of Hartenstein, built after the war."

"The little church down at the Rhine at Oosterbeek, was heavily fought."