The Canadian journalist Stanley Maxted, reporting for the BBC as a war correspondent, was trapped at Arnhem with the Allied forces, eventually being successfully evacuated. Whilst still in Arnhem he recorded reports using a midget disc recorder (if you’re interested in the details of these devices, see Roger Beckwith’s site at Old BBC Radio Broadcasting Equipment), eventually broadcast on the BBC.

Listen to an excerpt from the recording here

or via this direct download link to a media player of your choice. 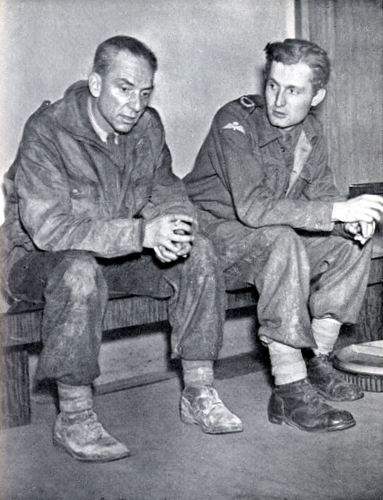 Stanley Maxted (left) and Guy Byam in Broadcasting House, London on the night of their return from Arnhem