Commemorative covers relating to the Battle of Arnhem

Here are some commemorative covers relating to events or people at Arnhem. I’m afraid the page is quite image intensive – reducing the size of the images beyond that which I have done makes them very unclear. 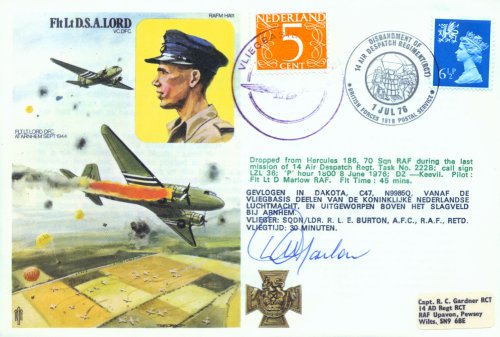 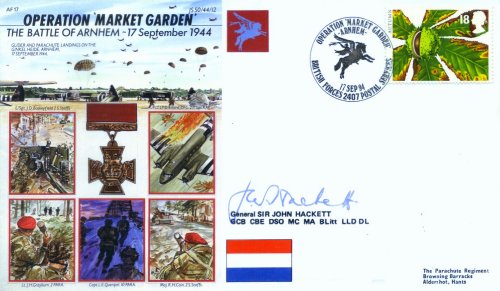 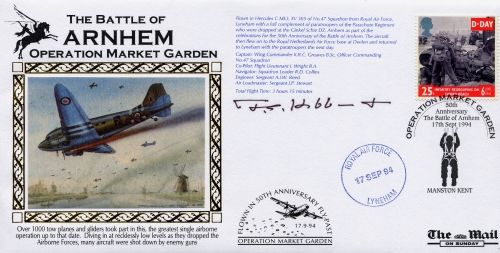 'The Battle of Arnhem' 50th Anniversary - signed by Tony Hibbert

The following is the information slip contained within this cover. 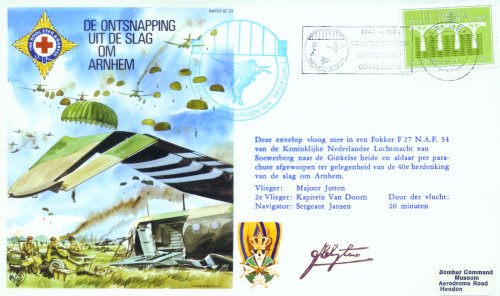 Finally, a couple of items not directly relating to Arnhem.

Firstly, a cover commemorating the Bruneval Raid by the British airborne in 1942. My reason for including it here is because it is signed by John Frost. 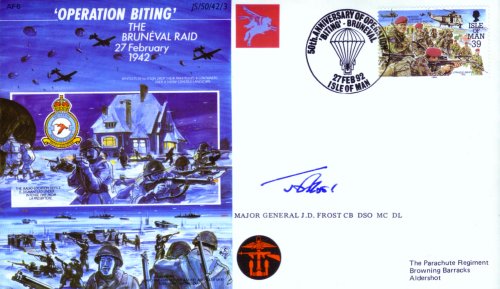 And secondly, a cover commemorating Operation Colossus in 1941, signed by Anthony Deane-Drummond. 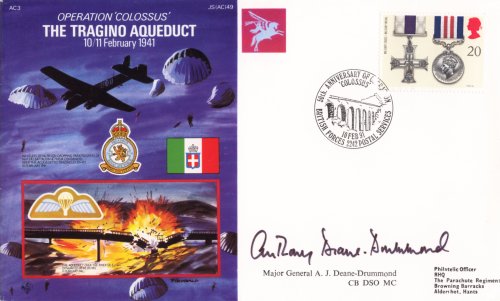