This map shows an overview of the Arnhem and Nijmegen areas 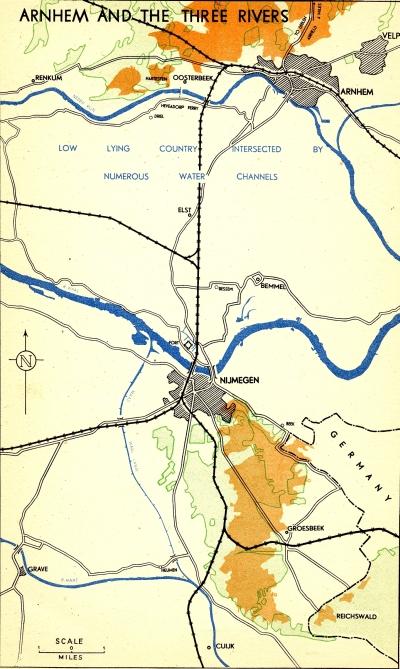 With the details of the Operation Market Plan superimposed on a slightly larger  area: 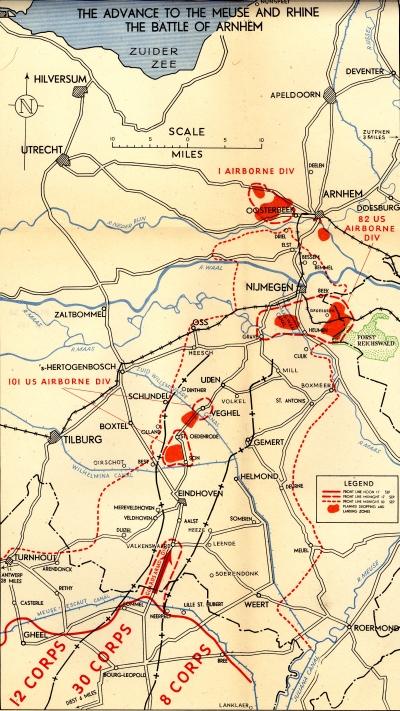 Finally, this map of the Arnhem area shows the location and relative positions of some of the place names mentioned in the source documents, including main routes and built-up areas. More importantly, I have superimposed a grid over the map to provide a reference source for the grid references used in the documents – I’ve given some examples below the map.However, the map is not a direct scan of any World War II period map, and so is not going to be accurate to six figure grid references. It can be used to get a feel for the general area referred to. 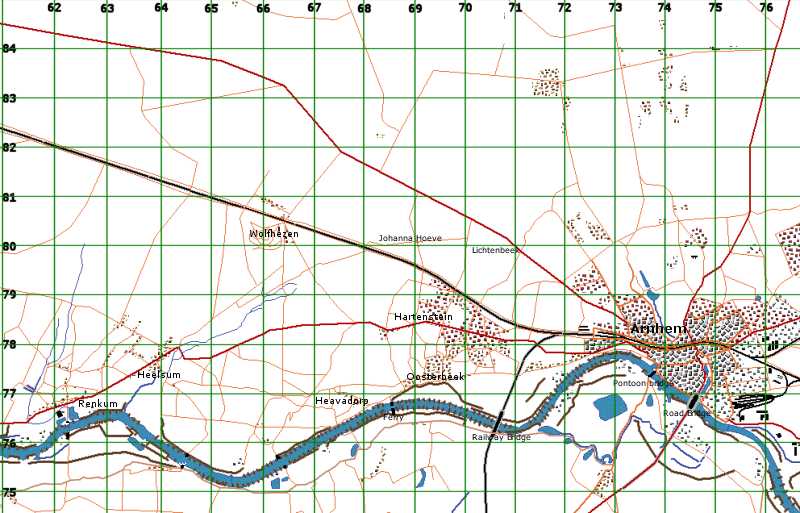 Sample grid references in use in source documents

Acknowledgements
The grid used on the map above is based on the 1944 U.S. Army Service map used in John Waddy’s ‘A Tour of the Arnhem Battlefields’. The map itself has been generated using the map editor provided with the excellent computer wargame ‘Airborne Assault: Red Devils over Arnhem’ by Panther Games.

Maps of the Arnhem area