By Air to Battle is the official account of the British First and Sixth Airborne Divisions during World War II prepared by the Ministry of Information for the Air Ministry in 1945. 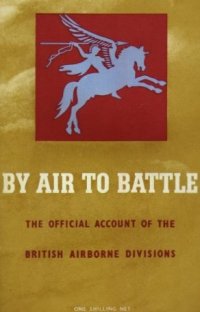 So far I have included two chapters on this site – those directly relevant to the Battle of Arnhem.

Chapter 12 – mainly an overview of the entire Operation Market Garden:

Arnhem: the doorstep to Germany

Chapter 13 – the battle in Arnhem itself:

The struggle for the crossings

An apology is due here for the quality of the maps in these pages – I wanted to include the originals from the booklet but it was difficult to get decent scans without damaging the document.

By Air to Battle