EPIC OF THE SKY MEN

To-day the Daily mail is able to print pictures taken from the inside that show the Agony of Arnhem. 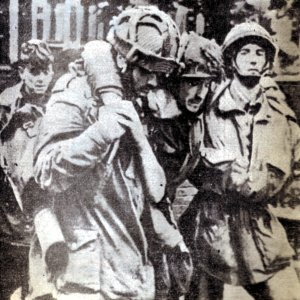 The photograph above, radioed from a neutral source last night, is of exhausted and wounded parachutists captured after their great fight against the odds.

THE AGONY OF ARNHEM

Paratroops in action, firing on the nearby enemy with a 3-inch mortar, while themselves are under heavy fire. The Airborne men brought this picture back with them when the survivors were finally withdrawn. 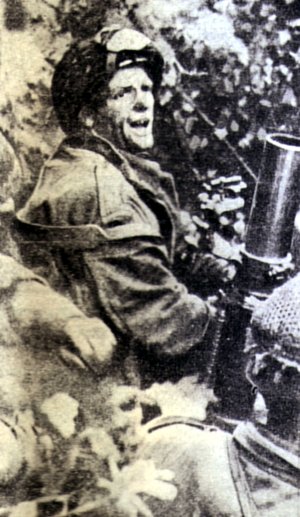 One of the airborne photographers wrote: “We are completely surrounded. Our perimeter becomes smaller every hour. Now it is a matter not of taking pictures, but of fighting for our lives. If the land forces don’t contact us soon, then we’ve had it.”

The men of Arnhem brought these pictures back with them when they were withdrawn to the south bank of the River Lek (Lower Rhine) after their heroic ten days’ stand against constant attack by vastly superior German forces.

The pictures, taken by photographers of the Army Film and Photographic Unit attached to the British 1st Airborne Division, are the first to show, from the inside, something of the epic of the landing and the long and gallantly-borne ordeal that followed it.

Here is an extract from a message from one of the photographers: “This is the fourth day of fighting, and camera work is almost out of the question. All day we have been under shell, mortar and machine-gun fire.” But the Army got these pictures to you.

They show a patrol of British paratroopers warily searching a ruined house in Oosterbeck after they had driven most of the Germans out.

The amazing scene as “sticks” of paratroopers descended from the transport planes in hundreds – a picture taken by a parachuting cameraman as he dangled in mid-air. 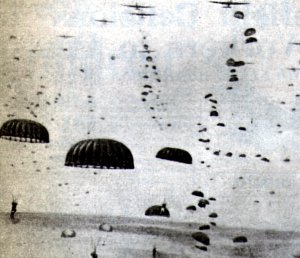 Crash-landing – just one of the hazards that paratroopers are trained to expect, and then to begin fighting. 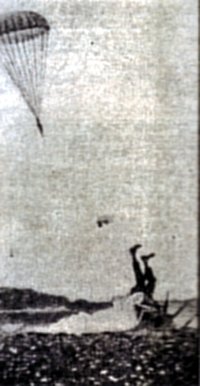